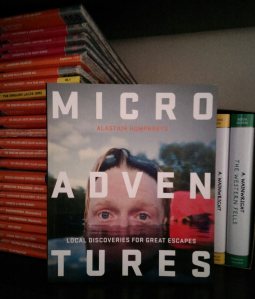 It’s all Alistair Humphrey’s fault. He’s popularised the idea that sleeping outdoors with a minimum of kit is somehow both acceptable and even good for the soul…and the worst part he is right!

So it was that on Saturday I found myself sat in the Rising Sun just outside Cheltenham enjoying a slap up feed and looking forward to a 3 mile walk racing the sunset to an alfresco bedroom shared with my friend Karl.

Dinner devoured it was on with the packs and away up the hill. The walk in took a bit of a detour as Karl and I share a similarly loose approach to navigation. “Over that way somewhere” was the order of the day as we crossed Cleeve Common with the sunlight fading behind us. We picked up the Cotswold Way, eyeing up some derelict farm buildings which could make a suitable bolt hole if the weather forecast had gone horribly wrong. 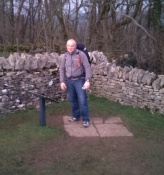 Not happy about the potential for ghosts!

Turning off the national trail and a short way across a field we reached our accommodation for the evening, Belas Knap burial mound. Karl was a little surprised to learn we’d be sleeping on a burial site where dead people used to rest…cue some lighthearted banter about ghosts and spooky visitors in the night! 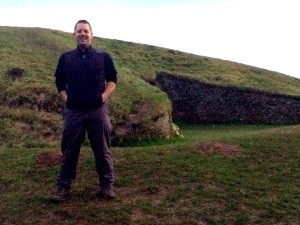 As is customary we had carried a couple of ciders with us and set about them while watching the last of the sun disappear over the horizon. The cloud cover was pretty much complete which meant no chance of stargazing or benefiting from the evening’s full moon, so we started to set up bivvy bags and prepare to settle down. Just as we were thinking about climbing in to our bags though, wafting across the valley on the breeze, came the unmistakable sound of a wedding singer! Nearby Sudeley Castle was hosting some lucky couple’s nuptials and we’d obviously been invited to join in the celebrations. Serenaded by such classics as Uptown Funk and Robbie’s Angels we chatted a while longer, before finally getting our heads down. 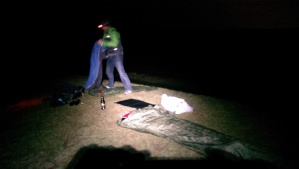 The night was typical of a microadventure. Patches of sleep interspersed with confined maneuvers to try and get comfy. I was beautifully warm in my Vango sleeping bag and army issue bivvy, but I could really do with a better kip mat and I hadn’t taken enough spare clothes to stuff a suitably robust pillow. I was also woken by a bitter wind at about 2am which was blowing straight in to my face (and open mouth, my teeth were cold!) but a bit of wriggling and rejigging of the hood of my bag and I was cosy once more. It turns out Karl and I exchanged the role of snorer while the other tried to block out the unwelcome audible intrusion, but I could have sworn it was just him scaring off the wildlife (and ghosts) with his nocturnal noises. 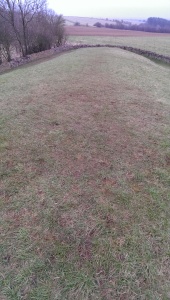 An important rule of microadventure…leave no trace.

We were woken at 6.40am by a family out for a sunrise stroll to admire the long barrow. Heaven knows what they thought when they found two lumps snoozing away on top of the ancient monument but we exchanged pleasantries and were grateful they’d turned up as we had places to be and had planned to be up and away long before then. We packed up our belongings, making sure to leave no trace of our stay and headed back across the hill, by a much more direct route, to the waiting car and home. 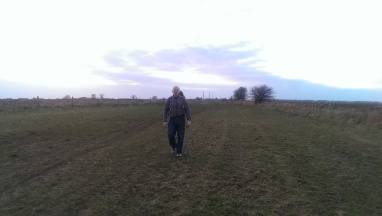