At the time of writing, Steve had just completed his 726th marathon with an astonishing average finish time under 3hrs 16 minutes. His book “The Man Inside The Machine” is available now.

BEEN RUNNING FOR: Since school, but distance running for 35 years

HOW DID YOU START: Whilst running 400-800m on track as a teenager I saw a poster for the first Coventry Marathon and thought “why not?”. After that first one it was definitely “never again” but the feeling didn’t last!

FAVOURITE RUN/RACE: There’s lots, too many to pick one outright, but a few that come to mind…Stockholm, New York (for all the tourist hot-spots you pass), Tromso Sun Race – starts in the middle of the night and by 3am you’re in a bar celebrating in bright sun!, Chicago for the fantastic organisation and infrastructure and closer to home Windermere.

FAVE BIT OF KIT: I run in asics Gel Cumulus shoes and have done for years, besides that my rehab kit is probably most important; foam roller, tennis and cricket balls and a small rubber ball for rolling the soles of the feet.

DREAM RUN: A marathon in my home town, Moreton-In-Marsh

DREAM RUNNING PARTNER: Other than my wife Teresa who has been so supportive, in a few years when he’s old enough it would be my grandson Farren. He’s 8 at the moment so it may be another 10 years!

RUNNING ASPIRATIONS: Initially it was a marathon, then t was 100 marathons, then 500…the target now is to complete 1,000 marathons with an average finish time under 3hrs 20. 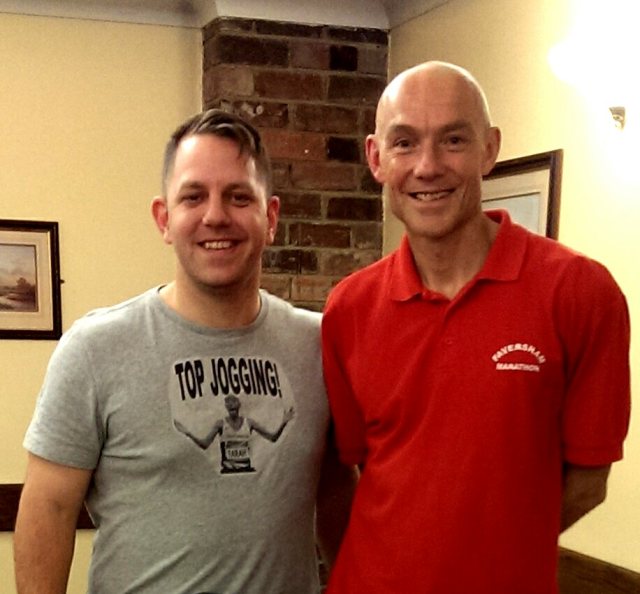 This entry was posted in Who James Met Running. Bookmark the permalink.