A while ago I revealed Operation Boy Racer in an effort to get me up to half marathon fitness. Needless to say things went wrong. I love writing plans, they’re like a little beacon of hope that actually, if you just do exactly what it says for the next 40 days, you might just achieve something half respectable. It’s unfortunate then that even the most considered of plans gets undone by life, with injuries, unemployment, unreliable training partners and unmotivated me all getting in the way. My carefully engineered training had turned in to lots of 5 mile blasts and one slow 10 miler at the end of last week. And so it was with trepidation that I headed off to the home of Formula One on Sunday faced with 13.1 miles of pain and regret…or so I thought.

The Silverstone Half is the official pre-event for the London Marathon. Put on by the same team so you’re assured of a slick event, there wasn’t a huge amount going on in the runner’s village beforehand but the changing facilities and baggage storage all did their job. Being sponsored by Adidas there was a lot of branding for their new Boost trainers. I had a look, they could be the future, but I’ve just invested in some new shoes so they’ll have to wait. If they do what they say in the marketing blurb though I imagine they will be responsible for PB’s around the world and interesting to see how the official athletics boards respond…

Anyway, with kit stashed and heading towards the start line I was still no clearer about my strategy for the day. I’d been hoping to aim for a PB of under 2:15. I was joined at the event by my cousin and her friend (we were running for charity, see link below) and we ended up agreeing on a spot just behind the 2:14 pacer provided by Runner’s World. I figured if I was on his heels and then dug deep for a sprint finish I’d be a few seconds inside my target time. At noon the gun went somewhere near the front of the crowd and 5 minutes later we eventually crossed the line and started running. I love the cacophony of beeps as hundreds of gps watches are started simultaneously, I pressed my own with no intention of looking at it again for the rest of the day.

As the pack started spreading out and finding a rhythm I was surprised to learn that nothing hurt. Normally the first mile of any run is a tick list of persistent pains and only once I’ve felt them all can I start actively ignoring them. On this day I just felt good, fresh, relaxed…I was even starting to enjoy myself. A few times I had to slow down after getting a couple of paces ahead of the girls, and where as normally I would be happy to run at another’s pace and be sociable something in me wanted to be let loose. After 5 minutes I apologised to the girls for feeling good, and explained I was off in search of a PB…and with that I was away! 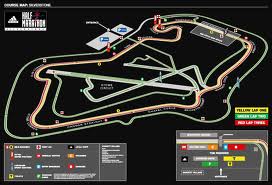 The running came naturally to me, the surface was mostly marble smooth tarmac with sweeping corners and because I’d started right back in the pack I was overtaking people with ease. This was new territory for me and by mile 3 I was starting to worry (my default position it seems!). I knew I was comfortably ahead of PB pace but I had no idea how long I could keep it going or what would happen when I couldn’t. For the next two miles I was wrestling with visions of crawling past the later mile markers, attempting complex mathematics about pace and split times to determine how slow I could be limping at the end and still make 135 minutes. As I breezed past the 5 mile marker I made a decision, I would just run and let nature take it’s course.

What freedom, what liberation, what a refreshing change! I just ran, waiting for the time I slowed down or something hurt but until then loving the feeling of flying, passing people, taking in the sights and sounds of race day. I had two energy gels on me which I took at 40 and 80 minutes, there was water and Lucozade Sport on the course, so I had all I could desire. I didn’t look at my watch again for another 5 miles, just trusting that I was still going quick enough to break that PB barrier.

As I passed ten miles, the length of my longest run this year, the doubt crept back momentarily. This was uncharted territory, I hadn’t been this long in 6 months and never this fast, it was time to look at my pacing strategy for the end and make sure I could keep moving forward. With trepidation I cycled through the screens on my watch, checking and double checking what I saw…I was on for a sub 2 hour half marathon!

Somehow I’d been maintaining 9 minute miles for an hour and thirty minutes. I had three miles left and If I could keep going at this pace I was there, in a time I never dared dream possible. 9 minute miles is my Parkrun 5km pace, how the hell was I maintaining it so well? Whatever the answer, the race was on and I was off! That last three miles was almost sheer elation, I still felt good, felt fresh and like I had plenty in the tank. I was still overtaking people as I entered the final mile…and then a minor catastrophe! My watch has all the buttons and features, and when I was thinking about a PB I’d set it up to be a pace guide over half marathon distance. Thanks to the vagaries of running around people, missing the racing line etc I’d covered the 13.1 mile distance shortly before reaching the 13 mile marker (in 1:57 for the record) and so my watch stopped. I now had an uncertain few minutes of running left, the distance a mystery and my time a surprise. All I know is I finished a half marathon, my longest run of the year, at a sprint!

Crossing the line I knew I’d done enough, I knew that out of nowhere I’d pulled a sub 2hr half marathon and felt good doing it. I knew I’d exceeded all my own expectations and I knew that I’d just changed my running forever. All my targets have shifted now, it turns out after three years of jogging and collecting medals somehow, and by complete accident, I have become a runner.

See you on the start line!

We were running the Silverstone Half to raise funds for Sue Ryder, a charity I once worked for and who cared for Amy’s mum, my aunt, last year. You can read a bit more about it HERE and maybe even donate a pound or two. Thank you.

6 Responses to Lewis Hamilton, watch out!