Columbo is the pinnacle of Sunday afternoon viewing, and here’s why: they reveal all at the beginning by showing you the murder, then confuse you for a while with alibis and misdirection, before revealing the genius at the end and reminding you you knew the answer all along…which means if you happen to take a 40 minute power nap in the middle of an episode and wake up on the sofa in a pool of dribble you won’t be confused by the telly. You’ll still know the answer! 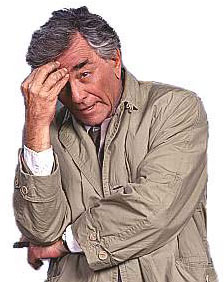 This review for the Soleus GPS One watch will be a lot like an episode of Columbo, so feel free to snooze in the middle. But first…

I like this watch, there, I’ve revealed the plot. It does exactly what it says on the tin and it does it cheap (around £60). In the category “cheap GPS solution that does just about all you need and is perfectly suited to beginners and improving runners whilst being very within budget” this watch is a stone cold killer, guilty as charged. 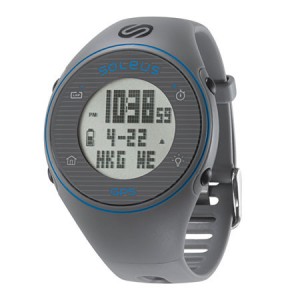 This is the bit where Columbo would learn all the reasons the killer couldn’t possibly have done it then unravels them, and it’s where I tell you the shortcomings of this watch even though I’ve already professed to be a fan, and go some way to explaining why they don’t matter.

It is basic, and that is shown up nowhere more clearly than the fact it doesn’t store or record your runs and there is no option to upload them to the interwebz or some snazzy app. During a run you can easily scroll through the info on screen and afterwards your details including time/distance/pace/calories burnt are available to be reviewed until the next time you reset the watch, but then they are gone forever. When I first heard this I winced a bit…surely if a run isn’t online it never really happened? Then I remembered the truth, I haven’t looked at my 4 years of online running history EVER. I’ve uploaded every run, spending hours logging on, uploading, editing names and other time stealing admin and never once have I looked back at my run history. With the Soleus I actually enjoy the simplicity of having a device for the here and now, it tells me if I am sticking to my training plan and then once I’m home it demands nothing more of me. For most beginners and improvers this is enough, even if you might feel you want more. 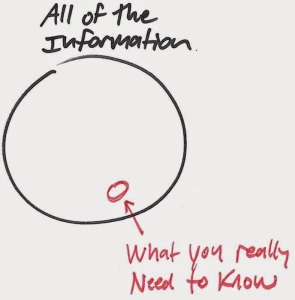 I did have one or two minor user issues with this watch, mostly revolving around the fact that the device is always on, as a watch when it isn’t a GPS. When you turn the watch to “RUN” mode it works fast to find satellites noticeably quicker than other devices and it never lets them go (unless you run through a tunnel, but it was latched on again within seconds of re-emerging. Impressive stuff!). However, it only stays idle in “RUN” mode for a short while before returning to the battery-saving “TIME” mode where it is simply a stylish watch. In practical terms this isn’t an issue for training runs, you hit a button, get a signal, press start and run while the watch does its magic and tracks your progress. For racing though you have to be smart about when you seek satellites! To early and you risk starting the Bugatti 10k back in watch mode and not getting any data, too late and you’re still searching for satellites well in to the start of a parkrun. There’s really only two mistakes you could make with this, I made them both and learned from it to save you making the same mistakes. James Clay, being stupid so you don’t have to!

I’m also a little confused by the lack of an off function as the instructions suggest not letting the watch battery run down all the way. This hasn’t been an issue as I’ve been using the watch for two weeks including tracking over 40 miles of running and only charged it once (and even then it was on 50% battery when I plugged in). I imagine in watch mode it would last for a very long time, but I’d hate to think if I was laid up and not running for a few weeks it could go flat and that in turn might affect performance. Not a concern as such, just something to be aware of.

So given that it’s basic and has a couple of small issues why do I like this watch so much? Well it’s simple and it’s cheap, and those are both good things. I put it on the wrist of one of my beginner runners and within minutes she was pacing her running better and doing a run/walk session based on distance. I like that kind of “out the box” usability.

It’s given me all the information I need to complete my own training sessions too, including tempo runs, and I can look at the data after long runs to see if my average pace is improving or I’ve earned a doughnut’s worth of calories, and that’s really all I care about.

And then there’s the price, and this is really where the Soleus GPS One gets away with murder. (and in fact the whole Soleus range, there are other watches with more functionality available if you really can’t do without data data data). If you think this watch is missing things then compare it to the other watches on the market and imagine each absent function as a crisp twenty pound note in your hand that you haven’t spent on a watch. Heart rate monitor = £20, 100 run memory = £20, Vibrating alert = £20 and on and on. Before long you’ll be left with a big stack of cash in your grasp…and still have a perfectly usable GPS watch on your wrist that delivers all you really need to be a better runner. 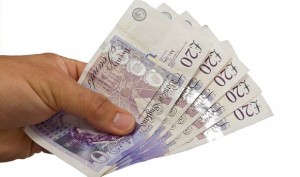 You get all the GPS functionality you need and enough left over for a new pair of trainers!

And that is what really makes the Soleus brand a potential giant killer…and at the moment even Columbo couldn’t stop them getting away with it.

Fitbrands were generous/brave enough to send me this watch to play with, on the understanding I’ll always be honest in reviews. Luckily the watch is a genuinely great product, so we’re both happy. If you want more information about the Soleus brand or any of the other fantastic products Fitbrands represent you can email them at info@fitbrands.co.uk