The Tale of Torremolinos 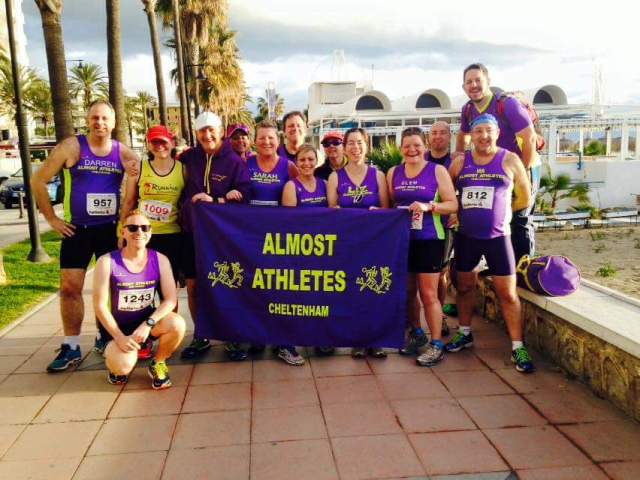 Last February I went to Torremolinos and ran the half marathon, but I didn’t blog about it. I think part of the reason for that was I didn’t consider it ‘proper’ running…I was drunk for most of the weekend and although I was on course for a hefty PB the race was only 12.9 miles so I couldn’t claim it. I guess I figured if the Spanish weren’t taking it seriously neither should I and so it passed unrecorded. This didn’t feel like a proper run, it lacked the essence of running; training, preparation, fueling were all replaced with drinking, eating chips and getting up late. It didn’t feel like running worth shouting about.

Last weekend I went back and did it all again, exactly the same, and realised I was wrong.

The race was pretty unremarkable. A new course saw less hills but lots of exposure to strong coastal winds and I finished it some 8 minutes behind last year’s time…not that I expected any better. 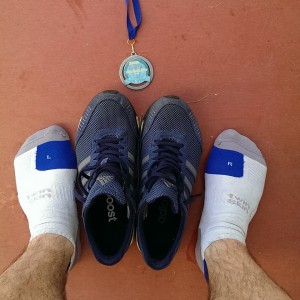 But what I realised is that this trip absolutely perfectly embodied the essence of running as I’ve come to understand it…beyond the miles, the kit, training plans and energy gels what running is really about is people. Sometimes that’s just one person and their own tale of running, but in Torremolinos it is about a group of people who would probably never combine being brought together by one shared love. Running unites.

Our tour party of 17 differed wildly. With ages spanning two decades, living miles apart with disparate careers, some married and some very recently not, athletes with a shot at glory and others with a real chance of finishing last, there is nothing else that could have brought this band together. Running unites. 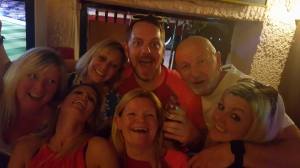 I love these people

I remember that first year getting a lift to the airport with virtual strangers and meeting yet more faces I recognised from club runs but some I couldn’t even put a name to. What followed was a weekend of drinking, singing, dancing and bonding like no other. We all had one shared passion, and on that fertile common ground seeds of friendship blossomed in to some amazing relationships. Running unites.

Those relationships endured once the planes had landed back to an English winter. There was more training together, more shared stories at club runs and shared experiences at races. When the date for this year’s Torremolinos Half was announced there was no doubt we’d all be going back. Running unites.

I love these people too

We took new faces with us, the tour party grew. Yet again that shared bond of running and wearing the club shirt was the basis of fast-forming friendships, the new heads became old hands at touring before long, and old friends in the process. As the race came to a close and one of our party came in last there was never any doubt that he’d be flanked by club mates and cheered all the way to the line as our hero. Running unites.

Last place = biggest hero (and he snuck a ten minute PB to get there too!)

When I closed my front door on Monday afternoon and dropped my suitcase in the hall, I missed people I hadn’t known three days earlier. As the week has dragged on we’ve shared stories, photos and laughs via Facebook. Relived the fun of the weekend, the nights out, good food, small talk. The talk is already of next year, taking more new travellers to become old friends. Running unites.

And THAT is the essence of running.